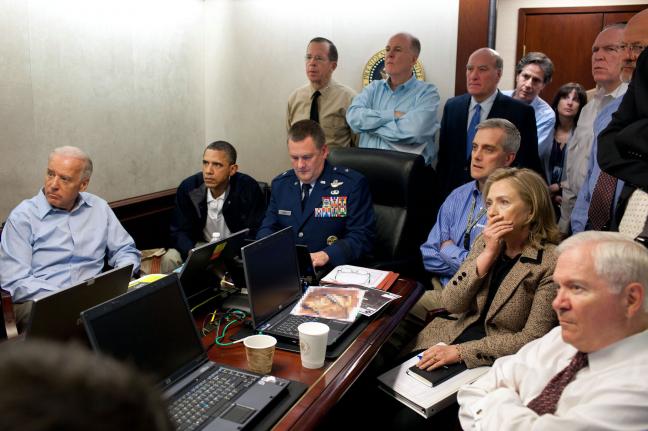 WASHINGTON, May 11 (UPI) — Journalist Seymour Hersh, using an anonymous source, has accused President Barack Obama and his administration of lying about the circumstances surrounding the killing of Osama bin Laden in 2011.

Hersh, who won a Pulitzer Prize for international reporting in 1970, wrote The Killing of Osama bin Laden and published it in the London Review of Books. He claims The White House collaborated with Pakistani intelligence officials.

“It’s been four years since a group of U.S. Navy Seals assassinated Osama bin Laden in a night raid on a high-walled compound in Abbottabad, Pakistan. The killing was the high point of Obama’s first term, and a major factor in his re-election,” Hersh wrote. “The White House still maintains that the mission was an all-American affair, and that the senior generals of Pakistan’s army and Inter-Services Intelligence agency (ISI) were not told of the raid in advance. This is false, as are many other elements of the Obama administration’s account.”

The established narrative surrounding the death of bin Laden states that he was killed in a covert operation shortly after 1 a.m. local time in a compound in Abbottabad on May 2, 2011, by the U.S. Navy’s SEAL Team Six. The compound was located less than a mile away from the Pakistan Military Academy.

“The most blatant lie was that Pakistan’s two most senior military leaders – General Ashfaq Parvez Kayani, chief of the army staff, and General Ahmed Shuja Pasha, director general of the ISI – were never informed of the U.S. mission,” wrote Hersh.

The White House has yet to comment on the report, but many analysts claim the report is false.

“I started reading the article last night, I got a third of the way through and I stopped, because every sentence I was reading was wrong,” Morrell told CBS’s “This Morning” host Charlie Rose. “The source that Hersh talked to has no idea what he’s talking about.”

Hersh defended his report on CNN.

“This is not a wager — this is a story that has to be dealt with by this government very seriously,” Hersh told CNN’s “New Day” host Chris Cuomo.

Hersh’s report uses an anonymous “major U.S. source… a retired senior intelligence official who was knowledgeable about the initial intelligence about bin Laden’s presence in Abbottabad” and “two other U.S. sources, who had access to corroborating information.”

“This spring I contacted Durrani and told him in detail what I had learned about the bin Laden assault… that bin Laden had been a prisoner of the ISI at the Abbottabad compound since 2006; that [Pakistani senior military leaders] knew of the raid in advance and had made sure that the two helicopters delivering the Seals to Abbottabad could cross Pakistani airspace without triggering any alarms,” Hersh wrote.

He also told Durrani that “the CIA did not learn of bin Laden’s whereabouts by tracking his couriers… but from a former senior Pakistani intelligence officer who betrayed the secret in return for much of the $25 million reward offered by the U.S.”

“When your version comes out — if you do it — people in Pakistan will be tremendously grateful,” Durrani said, according to Hersh. “For a long time people have stopped trusting what comes out about bin Laden from the official mouths. There will be some negative political comment and some anger, but people like to be told the truth, and what you’ve told me is essentially what I have heard from former colleagues who have been on a fact-finding mission since this episode.”