U.S. District Judge Carlton Reeves issued the order a little more than a month before the law was set to go into effect. The law bans abortions once a fetal heartbeat is detected, usually between six weeks and eight weeks of pregnancy.

“Here we go again,” Reeves wrote in his order. “Mississippi has passed another law banning abortions prior to viability. The latest interpretation bans abortions in Mississippi after a fetal heartbeat is detected, which is as early as six weeks.”

The law is one of the strictest in the nation as it only makes exceptions if the abortion would prevent the mother’s death or if there is a “serious risk of the substantial and irreversible impairment of a major bodily function of the woman.”

Reeves’ order was in response to a lawsuit filed by the Center for Reproductive Rights.

“Once again the rule of law has prevailed over political ploys to control personal health decisions,” the New York-based organization said. “We’ll fight tooth and nail to make sure all of these bans meet the same fate.”

“The 5th Circuit has not squarely addressed this issue, and I intend to appeal this order which enjoined the effective date of the fetal heartbeat bill,” he said in a statement.

The ruling comes as a number of states pass or consider laws to limit abortion. Alabama signed the most restrictive yet, a near-total ban on abortions unless the woman’s life is at risk. There are no exceptions for rape or incest.

Leana Wen, president of the Planned Parenthood Action Fund, said recent laws to ban abortions is part of an effort to challenge the Supreme Court ruling on Roe vs. Wade. 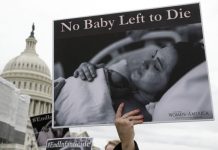 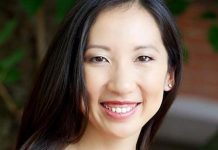