July 9 (UPI) — A federal judge ruled Monday to block the Trump administration from forcing pharmaceutical companies to list the prices of medication in television advertisements, stating the Department of Health and Human Services lacks the authority from Congress to regulate drug marketing.

U.S. District Judge Amit P. Mehta in Washington, D.C., ruled in favor of drug manufacturers Merck & Co., Eli Lilly and Co., Amgen Inc. and the membership organization the National Association of Advertisers Inc. against forcing companies to display the cost of drugs that sell for over $35 a month.

In May 2018, the Department of Health and Human Services announced the policy to halt the increasing price of drugs as part of President Donald Trump’s plan to lower the cost of health care, specifically in terms of medication.

The lawsuit from the pharmaceutical companies to block the policy from going into effect on Tuesday was filed June 14, arguing the HHS didn’t have the authority to implement such a rule that also violates the First Amendment of the Constitution as it is compelled speech.

In his ruling, Mehta said the court does not question HHS’s motives behind the policy nor does it take a stance on forcing drug companies to disclose prices in advertisements, but that HHS lacked the authority to implement such a policy in the first place.

“Neither the act’s text, structure nor context evince an intent by Congress to empower HHS to issue a rule that compels drug manufacturers to disclose list prices,” he wrote in his 27-page ruling. “The rule is therefore invalid.”

He also stated that the court did not agree with the plaintiff’s First Amendment challenge.

“That policy very well could be an effective tool in halting the rising cost of prescription drugs,” Mehta wrote. “But no matter how vexing the problem of spiraling drug costs may be, HHS cannot do more than what Congress has authorized. The responsibility rests with Congress to act in the first instance.”

The ruling comes days after Trump announced that his administration intends to introduce a so-called favored-nations clause plan to decrease prescription drug costs to the lowest price paid by other nations. 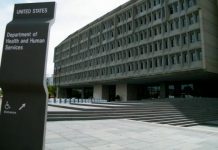 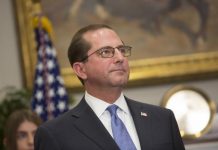 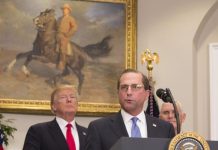