On Saturday night, Judge Michael Simon of the U.S. District Court in Portland, Ore. issued a restraining order to block the new policy before it was to be implemented Sunday. Simon scheduled a hearing for Nov. 22 on arguments about whether to issue a preliminary injunction.

President Donald Trump had signed the proclamation on Oct. 4 that states: “Continuing to allow entry into the United States of certain immigrants who lack health insurance or the demonstrated ability to pay for their healthcare would be detrimental to these interests.”

Affected would have been immigrants applying for visas, including spouses and parents of U.S. citizens as well as the immediate family members of lawful permanent residents. Exempt are asylum-seekers, refugees and non-citizen children of U.S. citizens. Visas are also known as green cards and officials as Permanent Resident Card.

“We’re very grateful that the court recognized the need to block the healthcare ban immediately,” Justice Action Center Senior Litigator Esther Sung, who argued at the hearing on behalf of the plaintiffs, said in a statement. “The ban would separate families and cut two-thirds of green-card-based immigration starting tonight, were the ban not stopped.”

The lawsuit noted the affected immigrants would be mainly non-white.

“Indeed, the Proclamation is unprecedented in its scope and impact, the largest ever suspension on the entry of immigrants of its kind,” the lawsuit stated. “It will affect mostly immigrants from Latin America, Africa, and Asia, by drastically reducing, if not eliminating, the numbers of immigrants who enter the United States with family-sponsored visas, humanitarian visas, or diversity visas.”

The lawsuit also accused the Trump administration of attempting to overhaul the nation’s immigration laws without approval from Congress.

“We are encouraged by the court’s decision to issue the TRO that we requested along with the other plaintiffs across the country,” Jesse Bless, director of federal litigation at the American Immigration Lawyers Association, said in a statement. “Today’s decision highlights the urgency of blocking this health care ban before it causes irreparable damage to our community and those we serve. We know that our fight is far from over, we will be steadfast in our work to ensure that we end family separation, ensure the dignity and rights of our community are respected, and hold this administration accountable to our nation’s constitution.”

The State Department has yet to release public guidance for applicants on satisfying the healthcare requirement.

“Countless thousands across the country can breathe a sigh of relief today because the court recognized the urgent and irreparable harm that would have been inflicted in the absence of a TRO,” Jesse Bless, director of federal litigation at AILA, said. “This proclamation would permanently separate families and damage employers; it is a clear violation of the constitution. The president simply does not have the authority to rewrite the law by proclamation.” 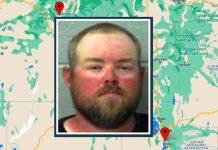