Hasson’s lawyers asked the judge to drop the two firearm silences charges on grounds that the counts violated his 2nd Amendment rights. They said the drug charge was worded vaguely.

If convicted, Hasson could face a maximum of 10 years in prison for each of the three firearms-related charges and a maximum of one year for the drug charge.

Prosecutors described Hasson, whom police arrested Feb. 15, as a self-proclaimed white supremacist who planned a domestic terror attack to fuel a race war.

In an email addressed to “Dear friends,” Hassan said “I am dreaming of a way to kill almost every last person on the earth,” blaming “Liberalist/globalist ideology” for “destroying traditional peoples esp white.”

The email details possible biological weapons attacks with Spanish flu, botulism and anthrax, which would then be followed by an attack on the food supply, according to the court documents.

This is also around the time the defendant allegedly began to stockpile a cache of weapons and ammunition. 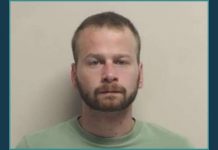 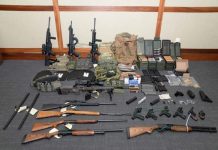 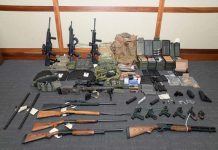