Dec. 21 (UPI) — A federal judge has delayed a ruling on whether former U.S. Secretary of State Hillary Clinton must submit to cross-examination stemming from a complaint by a conservative group concerning emails she wrote and received while serving in an official capacity.

U.S. District Court Judge Royce C. Lambeth said Thursday a decision would likely come in January concerning a request by conservative watchdog Judicial Watch, but added he was concerned by the continuing emergence of new emails in the case.

Last week the Justice Department released 30 emails not included in the 30,000 she gave the State Department in 2014.

Although Clinton was cleared of wrongdoing by a lengthy Justice Department investigation tied to the scandal — which involved her sending official emails over a non-secure, private server — the group seeks to depose Clinton and conduct another round of questioning of former chief of staff Cheryl Mills.

The group’s long-running suit began with a search for information regarding Clinton’s handling of the 2012 attack on a U.S. diplomatic compound in Benghazi, Libya. It led to disclosures about Clinton’s use of the private email system she used between 2009 and 2013 to conduct official business.

The FBI discovered that a few dozen emails contained classified information, and more than 2,000 were later retroactively classified by the State Department.

“The FBI moved heaven and earth to reconstruct and locate any email they could possibly find that was related to Secretary Clinton,” Justice Department attorney Stephen Pezzi argued in court Thursday.

Judicial Watch argues the State Department acted in bad faith by releasing only four of Clinton’s emails and attempted to close the case in 2014. 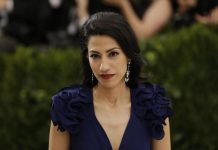