May 13 (UPI) — A federal judge has postponed ruling on the Department of Justice’s request to dismiss charges against former national security adviser Michael Flynn to allow third parties to examine the case.

Judge Emmet G. Sullivan said Tuesday he will allow more time for other individuals and organizations to file briefs before he rules on the dismissal of the case.

A former President Donald Trump adviser, Flynn pleaded guilty to lying to the Federal Bureau of Investigation during a probe of Russian meddling in the 2016 election.

In his December 2017 guilty plea, he said he made false statements regarding his interactions with Russian Ambassador Sergey Kislyak. In January, his sentence recommendation was changed from probation to six months in prison, which prompted Flynn to retract his plea.

The Justice Department last week asked for the charges to be withdrawn, stating that under the charge of making false statements, his statement must be found “materially false.”

Sullivan’s decision Tuesday attracted the criticism of Flynn’s legal team, which argued that the court has 24 times refused to permit third parties to “inject themselves or their views into this case.”

“This travesty of justice has already consumed three or more years of an innocent man’s life — and that of his entire family,” Flynn’s defense said in a motion Tuesday. “No further delay should be tolerated or any further expense caused to him and his defense. This court should enter the order proposed by the government immediately.”

The lawyers said the decision to hold off on ruling on the Justice Department’s request for a dismissal came a day after a group calling themselves “Watergate Prosecutors” submitted a notice of intent to file a brief on the case with the court.

“Any effort of third parties to intervene for any purpose should be rejected for the same reasons as all prior attempts by third parties have been,” the motion read.

On Monday, nearly 2,000 former Department of Justice prosecutors and members of the FBI published an open letter calling for Attorney General William Barr to resign over his decision to drop the charges against Flynn. 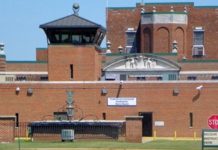