The Democrat-led House Oversight and Reform Committee sued Barr and Ross in November, saying the two cabinet members ignored requests for documents in an investigation of preparations for the 2020 census.

The committee is considering legislation after the U.S. Supreme Court blocked an effort by the Trump administration to add a citizenship question to the upcoming census. The Supreme Court rejected the administration’s order in July, and the House voted to hold Barr and Ross in contempt of Congress. Douglas Letter, the House’s general counsel, told the U.S. District Court in Washington that the Trump administration asserted executive privilege over thousands of documents, which were subpoenaed in April.

U.S. District Judge Randolph Moss, in a hearing on Friday, said that he recognizes the urgency of the case and will establish an expedited schedule for both sides to brief the court, essentially rejecting the requested delay. He added that he was disturbed by two positions held by the administration — that it cut off negotiations with Congress after the contempt charges were raised and that Congress has still not investigated the documents in question.

Letter told the court that the Census, scheduled to begin on April 1, would be concluded by the time a battle in court would be decided.

“At that point, there was no negotiating,” Shapiro said, calling the impasse “a gun to our head.”

“I disagree entirely,” replied the judge, who called the executive privilege decision an inadequate reason to stop the negotiations. 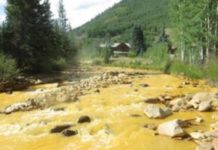