June 22 (UPI) — A federal judge on Friday rejected Paul Manafort’s bid to have a money laundering charge dismissed as part of a case brought against him by special counsel Robert Mueller.

Manafort’s lawyers said the millions of dollars he’s accused of laundering shouldn’t be considered criminal proceeds because he got the money while lobbying for a foreign entity in the United States, not in a crime.

But U.S. District Judge Amy Berman Jackson said that since Manafort failed to register as a foreign agent, the money he earned wasn’t legitimate.

“These laws are not just about paperwork; their object is to ensure that no person acts to advance the interests of a foreign government or principal within the United States unless the public has been properly notified of his or her allegiance,” she wrote.

Jackson also denied Manafort’s request to dismiss a forfeiture allegation that would have required him to give up properties should he be convicted on the money laundering charge.

Manafort was indicted in October on charges including conspiracy, money laundering, tax fraud, failure to file reports of foreign financial assets, serving as an unregistered foreign agent and giving false and misleading statements under the Foreign Agents Registration Act. Witness tampering charges were added this month.

He pleaded guilty to the charges and was released on house arrest after posting a $10 million bond. But the bond was revoked earlier this month in the wake of the witness tampering charges, and he was jailed pending trial. 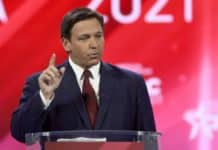