In his 44-page ruling — which also said dozens of documents authored by Eastman should be made available to the House committee investigating the attack — U.S. District Judge David Carter wrote that sufficient evidence exists to conclude that Trump committed multiple crimes.

Eastman is believed to have helped craft Trump‘s White House legal strategy to get then-Vice President Mike Pence to overturn the 2020 presidential election. Pence, who presided over the certification of the vote during a joint session of Congress on Jan. 6, rejected the pressure.

“Based on the evidence, the court finds it more likely than not that President Trump corruptly attempted to obstruct the joint session of Congress on Jan. 6, 2021,” Carter wrote, denying Eastman’s attempt to prevent House investigators from obtaining emails he wrote from his office at a California law school.

In the civil case ruling, Carter found that 101 emails written by Eastman were not covered by attorney-client privilege in part because Trump “likely knew” a plan advanced by Eastman to have Pence unilaterally act to overturn President Joe Biden’s election victory “was illegal.”

“The illegality of the plan was obvious,” the judge wrote. “Our nation was founded on the peaceful transition of power, epitomized by George Washington laying down his sword to make way for democratic elections.

“Ignoring this history, President Trump vigorously campaigned for the Vice President to single-handedly determine the results of the 2020 election.”

Carter, appointed to the federal bench in central district of California by former President Bill Clinton, wrote that there’s sufficient evidence to conclude that Trump likely committed at least two felonies — obstruction of an official proceeding and conspiracy to defraud the United States.

Neither Trump nor Eastman have been charged with any crimes in connection with the Jan. 6 attack, and Carter’s civil ruling will not have legal bearing on any possible criminal proceedings from the Justice Department.

The decision did, however, mark the first time a judge has said in an opinion that the former president could be legally culpable for the Jan. 6 attack.

“If the country does not commit to investigating and pursuing accountability for those responsible, the court fears Jan. 6 will repeat itself,” the judge wrote. 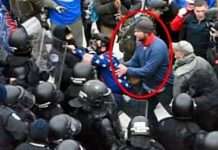 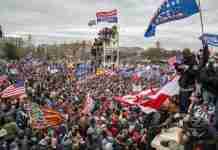