March 31 (UPI) — Federal judges in Alabama, Ohio and Texas blocked the states from enforcing a ban on abortions during the coronavirus pandemic.

In Alabama, Judge Myron Thompson ruled that the March 27 executive order halting all dental, medical and surgical procedures during the pandemic will prevent some women from exercising their right to abortion.

Thompson wrote that the mandatory postponement “may pose an undue burden that is not justified by the state’s purported rationals.”

He ruled a temporary suspension of the state’s abortion ban until April 6.

The lawsuit was brought against Alabama by the American Civil Liberties Union on Monday on behalf of Dr. Yashica Robinson and three abortion clinics in the state.

“Pregnant people need healthcare whether it’s prenatal care and childbirth services or abortion care,” said Randall Marshall, executive director of the ACLU of Alabama. “Preventing them from getting an abortion doesn’t do anything to stop the COVID-19 virus, it just takes the decision whether to have a child out of their hands.”

In a statement addressing the lawsuit, Alabama Attorney General Steve Marshall said it was brought by the ACLU because the government wouldn’t grant abortion clinics “a blanket exemption.”

“Put simply, no provider or clinic is excused from compliance with this order,” Marshall wrote.

The Alabama ruling followed that by Judge Michael Barrett in Ohio who granted the ACLU its request for a temporary restraining order to allow abortion procedures amid the pandemic.

Following the ruling, Ohio Attorney General Dave Yost said in a statement that the Department of Health had issued the order to stop all elective surgeries “to save lives in light of the COVID-19 public health emergency.”

“Anti-abortion activists have tried to exploit fear of the COVID-19 pandemic to push a dangerous political agenda. Enough is enough,” she said in a statement. “It’s time to get to work and do what’s necessary to contain the COVID-19 virus and address urgent public health needs that threaten our communities.”

Texas was the first state on Monday to lift the ban, with federal Judge Lee Yeakel ruling in favor of the state’s abortion providers.

“Plaintiffs’ patients will suffer serious and irreparable harm in the absence of a temporary restraining order,” Yeakel wrote in the ruling. “The attorney general’s interpretation of the executive order prevents Texas women from exercising what the Supreme Court has declared is their fundamental constitutional right to terminate a pregnancy before a fetus is viable.”

Abortions were banned under an executive order signed by Gov. Greg Abbott on March 22, forcing all healthcare professionals to postpone all surgeries and procedures “that are not immediately medically necessary.”

Texas Attorney General Ken Paxton said in a statement Monday that medical professionals in the state are in dire need of supplies and abortion providers refusing to adhere to the executive order “are demonstrating a clear disregard for Texans suffering from this medical crisis.”

Paxton said he will appeal the decision. 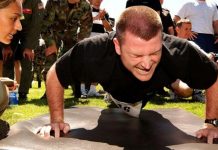 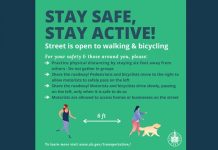