March 11 (UPI) — Federal judges invalidated the drawing of three congressional districts in Texas on Friday night, ruling Republicans gerrymandered them to hold down the influence of the state’s booming Hispanic population.

The long-awaited ruling does not instruct the state on how to remedy the problem, but it does state three districts were drawn with the intent of “packing” Hispanic voters into their own heavily Democratic districts, thereby making other districts easier for Republicans to win. The majority ruled the districts, drawn in 2011, violated both the 14th Amendment and the federal Voting Rights Act.

“The rushed and secretive process suggests that defendants did want to avoid scrutiny of whether their efforts in fact complied with the [Voting Rights Act] or were intended to do so, or whether they were only creating a facade of compliance,” the order by U.S. District Judges Xavier Rodriguez and Orlando Garcia said.

The dissenting judge said the redistricting process was partisan, but not directed specifically at minorities, and thus did not violate federal law.

“Texas redistricting in 2011 was essentially about politics, not race. All sides concede that — whether it is a good thing or not — Texas has a strong correlation between race and party,” Judge Jerry Smith wrote. “It naturally follows that actions taken to disadvantage Democrats will disproportionately affect non-Anglo voters, regardless of the intent.”

The majority singled out the state’s 35th congressional district, a seat held by Rep. Lloyd Doggett, a Democrat, as one illegally drawn. The court said Republicans in charge of redistricting packed Doggett’s district with Hispanics, creating fewer Democratic districts. The judges also said Republicans tried to use race to unseat Doggett, by making a primary challenge by a Hispanic candidate more likely given the new demographics of his district.

While the ruling only includes three districts, if they must be redrawn to more evenly distribute the state’s Hispanic population, it could have ripple effects on a number of neighboring districts that could also become more competitive for Democrats. 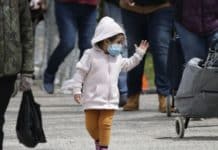 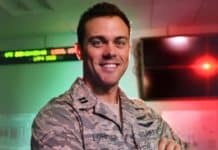