May 13 (UPI) — Paleontologists have recovered a Jurassic fossil tail they believe is the missing link between two halves of the ancient crocodile family.

During the Jurassic period, from roughly 200 to 145 million years ago, ancient crocodiles took two basic forms, each featuring several species. One group featured dino-like armor and had limbs for walking on land. Another had tail fins and flippers, but not armor.

One group was croc-like, the other was dolphin-like.

Researchers suggest the newly discovered tail belonged to an intermediary species, which boasted armor as well as tail fins.

Scientists, who described the fossil in the journal PeerJ, named the new species Magyarosuchus fitosi, a tribute to Attila Fitos, the amateur collector who discovered it. Fitos dug up the tail in the mountains of Hungary in 1996. It was stored in a museum in Budapest.

Paleontologists were able to distinguish the fossil from other species thanks to a unique vertebrate component found in the finned tail.

“This fossil provides a unique insight into how crocodiles began evolving into dolphin and killer whale-like forms more than 180 million years ago,” Mark Young, a geoscientist at the University of Edinburgh, said in a news release. “The presence of both bony armor and a tail fin highlights the remarkable diversity of Jurassic-era crocodiles.”

Ancient crocodiles dominated the seas and coasts of the Jurassic period. One recent study proved the reptiles emerged earlier than previously thought, at least 163 million years ago. 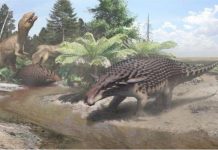 Well-preserved Canadian fossil reveals dinosaur armor like no other 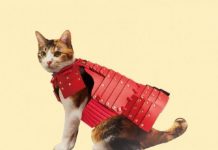 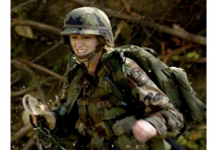