Stone, 67, was convicted on charges that include obstruction, making false statements and witness tampering. He is the sixth Trump staffer to be convicted on charges related to the investigation of special counsel Robert Mueller, which sought to determine whether Trump’s campaign colluded with Moscow to interfere in the election.

The charges stem from testimony Stone had given to House intelligence committee, in which he lied about his WikiLeaks contacts during the 2016 campaign. He was a key part of the investigation, prosecutors argued, because he was an “access point” for WikiLeaks due to frequent claims he had insider information.

Prosecutors used some of Stone’s private text messages as evidence, arguing they contradicted the details he gave House investigators.

Police arrested Stone and raided his Florida home in January. He will be sentenced Feb. 6. 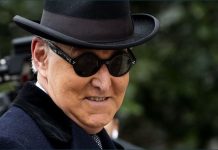 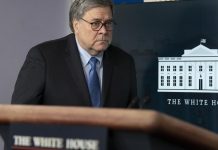