April 7 (UPI) — A federal jury convicted the owner of assisted living facilities and skilled nursing facilities in South Florida in what the U.S. Justice Department called the largest healthcare fraud scheme in its history.

Philip Esformes, 50, of Miami Beach, was found guilty Friday of making $1.3 billion in fraudulent claims to Medicare and Medicaid for services that were not provided, weren’t medically necessary or were received through kickbacks. Evidence showed he bribed physicians to admit patients into his facilities and paid off a Florida state regulator for notification of planned inspections.

U.S. District Judge Robert N. Scola Jr. of the Southern District of Florida has not yet scheduled sentencing.

Esformes was arrested in July 2016 and has been held without bond at a federal detention center.

“Philip Esformes orchestrated one of the largest healthcare fraud schemes in U.S. history, defrauding Medicare and Medicaid to the tune of over a billion dollars,” Assistant Attorney General Benczkowski said.

U.S. Attorney Fajardo Orshan said in a release that “the massive fraud scheme, perpetuated in nursing and assisted living facilities in our South Florida communities, compromised the integrity of our local health care system.”

Esformes’ conspiracy involved a network of 16 assisted living facilities and skilled nursing facilities that he owned in Miami-Dade County.

Prosecutors said from January 1998 through July 2016, he cycled patients through his facilities in poor condition, where they received inadequate or unnecessary treatment, then improperly billed Medicare and Medicaid.

He bribed an employee of a Florida state regulator for advance notice of surprise inspections to take place at his facilities, prosecutors said.

He personally benefited from the fraud and received in excess of $37 million.

Extravagant purchases included luxury automobiles and a $360,000 watch, the Justice Department said. Prosecutors said he bribed the basketball coach at the University of Pennsylvania in exchange for his assistance in gaining admission for his son into the university.

That coach, Jerome Allen, testified Esformes paid him about $300,000 in cash bribes and wire transfers. Allen, who was fired in March 2015 for a poor coaching record before Esformes’ son started at Penn, pleaded guilty to a bribery-related money-laundering charge. He will be sentenced later this month.

Arnaldo Carmouze, a physician’s assistant, previously pleaded guilty to conspiracy to commit healthcare fraud and is scheduled to be sentenced Wednesday.

Odette Barcha pleaded guilty to one count of conspiring to violate the anti-kickback statute. She was sentenced Wednesday to 15 months in prison followed by three years of supervised release. She was also ordered to pay $704,516.00 in restitution.

An attorney for Esformes didn’t immediately respond to requests for comment with Bloomberg News. 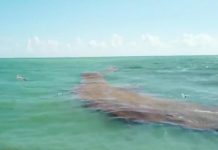 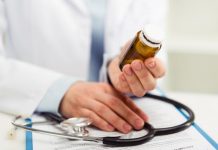 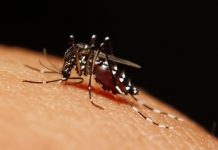