CINCINNATI, Oct. 31 (UPI) — Prosecutors and defense attorneys have finally settled on a jury to hear the murder trial of a former University of Cincinnati police officer responsible for the death of an unarmed man last year.

Jury selection in the trial of Ray Tensing lasted for several days. On Monday, after continued questioning, the panel was finalized.

Tensing, who was ultimately fired by the university, was indicted by a grand jury last year on voluntary manslaughter and murder charges stemming from the July 19, 2015, incident, which was recorded with Tensing’s body camera.

Tensing, 26, was patrolling near the UC campus when he pulled over Samuel DuBose’s vehicle for failing to display a front license plate, which is a primary offense in Ohio. The officer asked DuBose for his driver’s license, but the 43-year-old man said he didn’t have it.

After asking, “Are you suspended?,” Tensing opened DuBose’s driver’s side door and asked him to step out of the vehicle. At that point, DuBose shut the door, started the ignition and prepared to drive away.

According to the video, Tensing tried to reach in and turn the ignition off while removing the handgun from his holster. He fired one shot that struck DuBose in the head.

Tensing, who pleaded not guilty, claimed DuBose began driving and that he was dragged for several feet. The bodycam video, though, has called that claim into question.

“I thought he was going to run me over,” Tensing says on video also captured by another officer’s body camera.

The death of DuBose, who was unarmed and black, generated outcry from the community and prompted UC’s police department to investigate and ultimately terminate Tensing.

During questioning of potential jurors, prosecutors claimed that Tensing admitted in a taped interview to purposefully killing DuBose, the Cincinnati Enquirer reported Monday.

Opening arguments are expected to begin Tuesday in Hamilton County Common Pleas Court and the trial could last a couple of weeks. 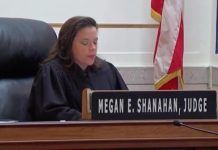