Dec. 12 (UPI) — A federal jury ruled that Florida Atlantic University didn’t violate the rights of a professor who wrote blogs saying the Sandy Hook shooting was a hoax when it fired him.

After deliberating for three hours Monday, jurors in West Palm Beach, Fla., determined James Tracy’s blogs about the 2012 mass shooting at an elementary school in Newtown, Conn., that left 26 dead were not a “motivating factor” in FAU’s decision to fire the communications professor in January 2016.

Tracy, a tenured professor at the university, sought to be reinstated to his former position, with back pay and an unspecified amount of damages, saying he was fired because the university disagreed with his conspiracy theories.

FAU’s lawyers said the school fired Tracy after he failed for three years to submit a “Report of Outside Employment or Professional Activity Form” for his blog.

“Professor Tracy doesn’t follow the rules,” attorney G. Joseph Curley said. “They’re rules that everyone else follows. He doesn’t play by the rules.”

Tracy received national attention after Lenny Pozner and Veronique Pozner, whose son, Noah, died at Sandy Hook, told him to stop using their son’s image. Tracy demanded they prove their son ever lived.

Tracy declined to speak to the press after the verdict, but his attorney Matthew Benzion referred to reporters as “presstitutes” and yelled “fake news” at them outside the courthouse.

Benzion told jurors the university thought Tracy was a “nut job” and “wanted him gone” because they disagreed with his views.

Curley said Tracy used his position as an FAU professor to promote his blog, which he appeared to prioritize above his work at the university.

“The school wasn’t his priority. The school was a platform for him — that’s not what it’s supposed to be about,” Curley said. 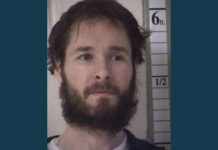 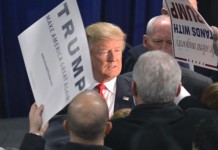