March 10 (UPI) — An Oregon jury rendered split verdicts on Friday in the second criminal trial stemming from the weeks-long occupation at a wildlife refuge last year.

Jurors convicted two and acquitted two in the case, all on conspiracy charges.

Accused organizer Jason Patrick and security member Darryl Thorn were found guilty of conspiring to use force to prevent federal officials from doing their jobs at the Malheur National Wildlife Refuge. The other two, Duane Ehmer, 46, and Jake Ryan, 28, were acquitted.

Jurors deliberated for three days before issuing the verdicts.

“Life goes on. I was there at the refuge, and I rode my horse on the game refuge,” Ehmer said. “I’m heading home to go ride my ponies for a couple months, and then I’m going to take my mom fishing.”

Patrick, 43, and Thorn, 32, each face up to six years in prison. All four still face misdemeanor charges stemming from the siege. A judge is expected to issue her rulings on those charges at a later date.

Prosecutors offered Thorn a plea deal that would have resulted in a misdemeanor and no jail time, but he ultimately turned it down.

The four men joined several others for 41 days in January and February of 2016, occupying the wildlife sanctuary as a protest against federal ownership and management of land. One member was killed during the ordeal and the leader, Ammon Bundy, was acquitted of conspiracy charges last fall.

Bundy, 41, who faces unrelated prosecution in Nevada for a 2014 standoff there, testified during the trial last month as to the motive for taking over the Malheur refuge.

More than two dozen people who participated in the standoff were charged with the same conspiracy count. Bundy, his brother, Ryan, and five others were all acquitted in October. Eleven pleaded guilty to the charge but have since expressed a desire to withdraw their pleas. 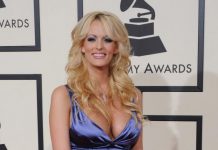 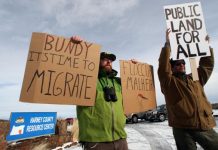 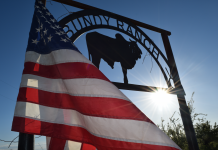