An independent federal investigation into the Nov. 22, 2014, shooting of the 12-year-old Black boy seen playing with a toy gun at a park “found insufficient evidence to support federal criminal charges” against Cleveland Division of Police officers Timothy Loehmann and Frank Garmback,” the Justice Department said in a statement.

The statement said that Rice’s family attorneys were notified of the decision Monday and also sent a letter “explaining the findings of the investigation and reasons for the decision.”

Loehmann shot Rice twice as the officers responded to a 911 call reporting a male who was “probably a juvenile” pointing a “probably fake” gun at people in a playground at Cudell Park Recreation Center.

Rice died in a hospital the next day.

The Justice Department’s statement said the dispatcher “did not relay that the individual might be a juvenile or that the gun might be fake” and that officers “repeatedly and consistently stated that officer Loehmann gave Tamir multiple commands to show his hands before shooting and both officers repeatedly and consistently said that they saw Tamir reaching for his gun.”

In 2015, an Ohio grand jury did not pursue charges against Loehmann and Garmback. Loehmann was fired in 2017 due to inaccuracies in his application form and Garmback was suspended for 10 days for violating a tactical rule by driving too close to Rice on the day of the shooting. 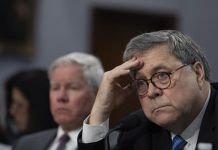 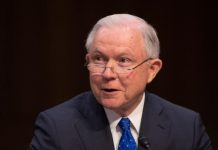