April 4 (UPI) — Amid mounting criticism from Democrats and observers, the U.S. Department of Justice on Thursday defended its four-page outline that summarizes the nearly 400-page final report from special counsel Robert Mueller.

Mueller completed his investigation into Russian election interference late last month and Attorney General William Barr issued the summary on March 22. It said Mueller’s team found no evidence President Donald Trump’s campaign colluded with Russians before the 2016 election — but did not clear the president of obstructing justice. Since then, many have demanded the department release the full report — particularly after learning it’s nearly 400 pages long.

“Given the extraordinary public interest in the matter, the attorney general decided to release the report’s bottom-line findings and his conclusions immediately — without attempting to summarize the report — with the understanding that the report itself would be released after the redaction process,” Justice Department spokeswoman Kerri Kupec said Thursday. She added that every page of the report contains confidential grand jury information that can’t be publicized.

The department plans to release a redacted version of the report — minus the sensitive information — in the coming weeks.

The department’s statement Thursday follows reports in The New York Times and Washington Post that say some investigators on Mueller’s team are unhappy with the limited information in Barr’s summary.

The Times report said some investigators told associates Barr failed to adequately portray the findings, and that the report was more damaging to Trump than the outline indicated. The Post report said findings on the charges of obstructing justice were “alarming and significant.”

The House judiciary committee on Wednesday approved a subpoena for Mueller’s full report, which could compel Barr to release it. The panel said it hopes it doesn’t have to use the subpoena.

Barr has said he’s been working with Mueller’s office on making redactions and the White House will not get an advance reviewing of the document.

Also Thursday, tens of thousands of protesters are expected nationwide to demand the full report with rallies in hundreds of locations. 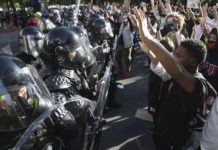 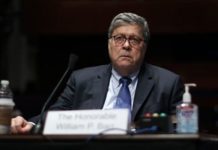 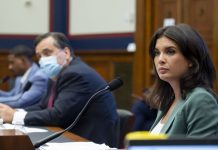