Feb. 3 (UPI) — The Justice Department on Wednesday told the U.S. District Court in Connecticut it was voluntarily dismissing its discrimination lawsuit against Yale University.

The lawsuit was brought during the Trump administration last year after a two-year investigation into whether the Ivy League school discriminated against White and Asian applicants in its admissions process.

“The department has dismissed its lawsuit in light of all available facts, circumstances, and legal developments, including the November 2020 decision by the U.S. Court of Appeals for the First Circuit rejecting a challenge to Harvard University’s consideration of race in its admissions practices,” the Justice Department said in a statement.

Yale had vowed the fight the lawsuit, rejecting the Justice Department’s conclusion and saying its admission’s policies are lawful and complied with past U.S. Supreme Court rulings.

“Our admissions process has allowed Yale College to assemble an unparalleled student body, which is distinguished by its academic excellence and diversity. Yale has steadfastly maintained that its process complies fully with Supreme Court precedent, and we are confident that the Justice Department will agree,” Yale said in a written statement.

The Yale lawsuit followed a similar one filed against Harvard University, where a group that fights affirmative action accused the university of discriminating against Asian American students.

“Students for Fair Admissions intends to file a new lawsuit against Yale in the coming days. Discriminatory admissions policies like Yale’s must be challenged in federal court,” said Edward Blum, the president of the organization that supported the anti-affirmative action lawsuits against Yale and Harvard. 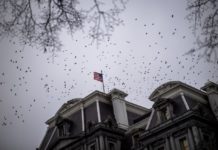