The internal probe said prosecutors should have ensured that Epstein’s victims were made aware of the 2007 plea hearing that resulted in Epstein serving 13 months in jail in Palm Beach County, Fla. During his sentence, the billionaire was allowed to continue working from his office during the day.

Despite this, though, the internal probe determined prosecutors didn’t break the law or engage in professional misconduct, and made no recommendations for action.

“While [the Office of Professional Responsibility] did not find that department attorneys engaged in professional misconduct, OPR concluded that the victims were not treated with the forthrightness and sensitivity expected by the department,” the report said.

Sen. Ben Sasse, R-Neb., who requested the internal probe into what he described as a “sweetheart deal” for Epstein, slammed investigators’ findings.

“Letting a well-connected billionaire get away with child rape and international sex trafficking isn’t ‘poor judgment’ — it is a disgusting failure. Americans ought to be enraged,” Sasse said.

“Jeffrey Epstein should be rotting behind bars today, but the Justice Department failed Epstein’s victims at every turn. The DOJ’s crooked deal with Epstein effectively shut down investigations into his child sex trafficking ring and protected his co-conspirators in other states.”

He called on the full OPR report to be made public.

Alex Acosta was the lead federal prosecutor in Miami at the time of the deal and took part in the negotiations. He resigned as labor secretary in 2019 amid scrutiny of his involvement.

Acosta said federal prosecutors got involved in the case when it appeared as though state prosecutors didn’t charge Epstein with the proper crimes. He said the case originated with the state.

Acosta said prosecutors were worried they would not be able to convict Epstein had he gone to trial. He said at the time that his and other prosecutors’ actions on the case weren’t as scrutinized as they are now.

Epstein died by suicide in August 2019 while he was in a Manhattan jail on new sex trafficking charges. 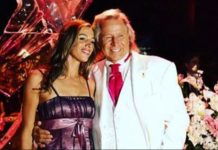