Barr ordered the executions for four men convicted of murdering children who have exhausted their appeals for July and August, the Justice Department said in a statement.

“The four murderers whose executions are scheduled today have received full and fair proceedings under our Constitution and laws,” Barr said in a statement. “We owe it to the victims of these horrific crimes, and to the families left behind, to carry forward the sentence imposed by our justice system.”

There are around 60 federal inmates on death row, with the last one to be executed in 2003, according to the Death Penalty Information Center.

The Trump administration has been attempting to restart federal executions since July 2019 but has been locked in litigation over Barr’s direction to the Federal Bureau of Prisons to revise the Federal Execution Protocol to allow for the use of a single drug during lethal injection executions to replace the three-drug procedure previously used.

A district court had placed an injunction barring the Federal Bureau of Prisons from performing executions under the revised protocol, but the U.S. Court of Appeals for the D.C. Circuit in April vacated the order, allowing for the federal government to perform its first execution of an inmate since March 18, 2003, when Louis Jones was executed by lethal injection.

There have only been 37 federal executions between 1927 and 2003 with only three executions performed in the modern era, including that of Timothy McVeigh who was convicted of carrying out the 1995 Oklahoma City bombing that killed 168 people, according to the Federal Bureau of Prisons’ website. 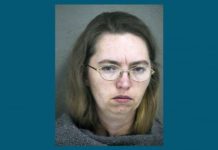 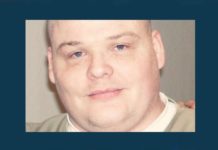