Sept. 21 (UPI) — The Justice Department on Monday labeled New York City, Portland, Ore., and Seattle as “anarchist jurisdictions” to be evaluated for possible cuts in federal funding for failing to rein in “violent” anti-racism protests.

“When state and local leaders impede their own law enforcement officers and agencies from doing their jobs, it endangers innocent citizens who deserve to be protected, including those who are trying to peacefully assemble and protest,” Barr said in a statement.

“We cannot allow federal tax dollars to be wasted when the safety of the citizenry hangs in the balance. It is my hope that the cities identified by the Department of Justice today will reverse course and become serious about performing the basic function of government and start protecting their own citizens.”

Barr cited rising gun violence in New York, cuts to the city’s police budget and other criteria for justifying its designation as an “anarchist jurisdiction.”

Portland, he said, endured “100 consecutive nights of protests marred by vandalism, chaos, and even killing.”

Seattle’s was cited for “[permitting] anarchists and activists to seize six square blocks of the city’s Capitol Hill neighborhood.”

The designations mean all federal agency heads must submit reports to the Office of Management and Budget detailing all funding in those cities for review and possible cuts.

All three cities have Democratic mayors who have clashed with the Trump administration over their handling of protests this summer that followed the police killing of George Floyd in Minnesota. The cities’ mayors have accused the White House of worsening the situations by encouraging angrier confrontations and sending armed federal police.

After Trump issued the order, the cities promised a legal battle against what they called “unlawful attacks” and said they expect the provisions of his order will “undoubtedly be defeated in court.” 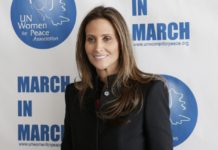