June 18 (UPI) — The Justice Department voiced strong opposition on Thursday to bans in two states targeting transgender youth as discriminatory amid a Republican-led push to pass similar laws throughout the country.

The department separately filed the two Statements of Interest of the United States against the controversial bans against West Virginia’s prohibition of transgender girls participating in girl’s sports and Arkansas’ ban on healthcare professionals performing gender transition procedures on those under the age of 18.

“Banning trans youth from sport and denying trans youth healthcare is unconstitutional,” the American Civil Liberties Union said in a statement after the filings were made. “Transgender students belong EVERYWHERE.”

Lawyers with the department argued that both bans violate the Equal Protection Clause of the 14th Amendment while the West Virginia ban also violated Title IX of the Education Amendments of 1972.

The Arkansas ban was passed by the state’s General Assembly on April 6, less than a day after Gov. Asa Hutchinson vetoed it, and the Justice Department’s filing is in support of plaintiffs who sued the state May 25 seeking injunctive relief, arguing a law that specifically denies a minority of people the ability to receive medical care from their healthcare providers based on their sex assigned at birth violates the constitution.

The Justice Department argues that Act 626 explicitly targets transgender minors as it only bars them from receiving gender-affirming care that cisgender minors are able to receive.

“Federal law bars the State of Arkansas from singling out transgender minors specifically and discriminatorily denying their access to medically necessary care based on their sex assigned at birth and their transgender status,” the filing states.

“By denying only transgender minors’ access to medically necessary care, and penalizing the healthcare providers who would provide it, the State does not further its purported goal of protecting the ‘health and safety’ of Arkansan minors but rather thwarts it by denying the most vulnerable among them life-saving care.”

In West Virginia, Gov. Jim Justice signed H.B. 3293 into law on April 28, and it is set to go into effect early next month, prohibiting transgender girls from participating in girl’s sports.

The Justice Department’s filing comes in support of plaintiff B.P.J., an 11-year-old transgender girl, who sued the state in May, arguing that forcing her to compete on boys’ teams would “devastate” her and “completely erase who she is.”

The department’s lawyers said it was discriminatory to deny people the ability to participate in public, federally funded educational programs and activities based on their gender identity not matching their sex assigned at birth.

The filing states H.B. 3293 harms transgender girls by barring them from all sports as participating on boys’ teams also causes them to suffer discriminatory harm. It adds that the state cannot demonstrate how it is in the government’s interest to prohibit “a handful of transgender student athletes” from playing on sports teams consistent with their gender identity.

“The state cannot point to any valid evidence that allowing transgender girls to participate on girls’ sports teams endangers girls’ athletic opportunities,” the filing states. “Instead, the State legislated based on misconceptions and overboard assumptions about transgender girls.”

The Justice Department filed the statements amid dozens of Republican states attempting to pass dozens of laws regarding transgender youth and athletes, some of which have passed.

On Thursday, the West Virginia Supreme Court of Appeals dismissed a case in favor of a transgender male student who was harassed and misgendered by his principal, who told him to use a urinal to prove he was male.

A day earlier, the Department of Education issued a statement in support of transgender students, stating it will enforce Title IX’s prohibition against discrimination on the basis of sexual orientation and gender identity.

Terry Schilling, president of the conservative American Principles Project think tank, accused the Biden administration of attacking women and children with its opposition to laws that discriminate against transgender people.

“These moves are both unlawful and wildly out of step with the views of the American people,” Schilling said in a statement. “Democrats can be assured they will be forced to answer for this extremism next time voters head to the polls.” 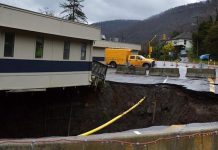 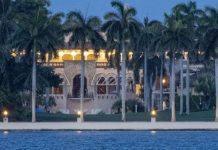