The consent agreement, which was completed Dec. 23, also terminates the married pair’s rights and interests in 97 animals listed under the Endangered Species Act that were seized from Tiger King Park while also affirming that they have legally abandoned their rights to an additional 41 animals covered by the Animal Welfare Act.

The court also granted a U.S. motion that same day for a default judgment against Tiger King LLC and Greater Wynnewood Exotic Animal Park LLC, effectively prohibiting either establishment from prohibiting animals in the future while ending their interests in the Lowes’ animals that were seized from their facilities.

The animals, prosecutors said, will be placed in licensed facilities selected by the United States.

“The Department of Justice is committed to protecting endangered and threatened species and preventing the inhumane treatment of animals held in zoos and private facilities,” Assistant Attorney General Todd Kim of the Justice Department’s Environment and Natural Resources Division said in a statement. “This consent decree ensures that the animals mistreated and endangered by the Lowes will be moved to a safe home in AWA-licensed facilities and prohibits the Lowes from exhibiting live animals again.”

The agreement follows federal prosecutors on Nov. 19, 2020, filing a complaint against the Lowes and the two facilities for violating the Endangered Species Act and the Animal Welfare Act.

The complaint accused them of exhibiting animals without a valid AWA license, violating the AWA and its regulations by not retaining a qualified attending veterinarian, and failing to provide the animals with adequate veterinary care, nutrition, sanitary conditions and a safe and adequate enclosure.

Prosecutors said they placed the health of their animals in “serious danger,” in violation of the AWA and that they “harmed and harassed” tigers, lions and lion-tiger hybrids as well as a jaguar and ring-tailed lemurs.

The Justice Department has seized a total of 82 big cats, one jaguar and 11 ring-tailed lemurs from the Lowes and their park, and under the consent agreement they agree to not oppose or file any claim in any civil forfeiture action filed by the United States involving the animals.

In May, federal prosecutors announced that since mid-December of 2020 they had seized 68 big cats from the Tiger King Park in Thackerville, Okla., including 46 tigers, 15 tiger-lion hybrids, seven tigers and one jaguar.

The Lowes gained fame — and notoriety — following the airing of the 2020 Netflix series that has resulted in legal trouble for several of its stars, including Joe Exotic, who was sentenced to 22 years in prison in January 2020.

Exotic, who was born Joseph Maldonado-Passage, was found guilty of 21 charges, mostly stemming from his care of big cats but two were in connection to his murder-for-hire plot to kill animal rights activist Carole Baskin.

An appeals court in July has ordered for Exotic to be re-sentenced as the court erred by not grouping the two murder-for-hire convictions together. 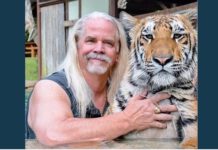 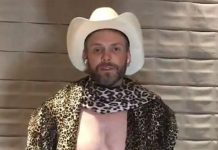 Netflix announces ‘Tiger King’ after show, ‘The Tiger King and I’