Oct. 3 (UPI) — Jason Kander, a candidate for Mayor of Kansas City, Mo., has dropped out of the race because of his struggles with depression and post-traumatic stress disorder.

In a statement released Tuesday, Kander, an Army veteran who served as an intelligence officer in Afghanistan, said he had been in denial about his symptoms for 11 years as he pursued his political career.

“I’m done hiding this from myself and from the world. When I wrote in my book that I was lucky to not have PTSD, I was just trying to convince myself,” Kander said. “And I wasn’t sharing the full picture. I still have nightmares. I am depressed.”

Kander ran a close senatorial campaign against incumbent Republican Sen. Roy Blunt in 2016 and has since been seen as a rising star in the Democratic Party. But even as he had been running a strong campaign for Mayor of Kansas City, Kander said his depression and PTSD symptoms were a personal crutch.

“[L]ast Tuesday, I found out that we were going to raise more money than any Kansas City mayoral campaign ever has in a single quarter,” Kander said. “But instead of celebrating that accomplishment, I found myself on the phone with the VA’s Veterans Crisis Line, tearfully conceding that, yes, I have had suicidal thoughts. And it wasn’t the first time.”

Kander said he went to the Veterans Administration hospital in Kansas City on Monday and began mental health treatment.

“But I can’t work on myself and run a campaign the way I want to at the same time, so I’m choosing to work on my depression,” he said.

In addition to stepping down from the Kansas City mayoral race, Kander will also step down from his Let America Vote organization, which aims to register voters across the country. The organization will continue operations under other leadership. 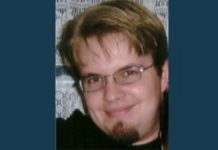 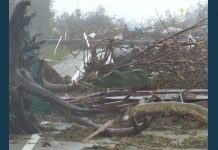 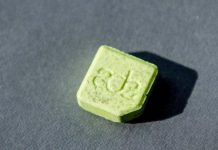