Sept. 6 (UPI) — Kentucky Gov. Andy Beshear on Sunday described the situation in the state as “dire” amid a surge in COVID-19 cases and clashes with the Republican legislature limiting his ability to implement preventive measures.

Kentucky recorded a seven-day average of 4,423 new daily COVID-19 cases on Saturday along with an average of 53 hospitalizations and 23.9 deaths per 100,000 people, according to a New York Times database.

Beshear, a Democrat, also cited a recent Supreme Court ruling, which stated that a lower court could not block lawmakers’ efforts to stifle his mitigation efforts such as mask mandates.

“If I had the ability to do it right now, we would have a masking order when you are in public and indoors,” Beshear said. “We know that’s a proven way to slow the spread of the virus and ultimately help our healthcare capacity.”

Beshear has called a special session of the state legislature for Tuesday to address the surge and dispatched National Guard, FEMA and nursing students to assist hospitals throughout the state.

Nationwide, the United States has reported world-leading totals of 39,934,935 infections and 648,436 deaths since the start of the pandemic, according to data gathered by Johns Hopkins University. The Centers for Disease Control and Prevention reported a national seven-day moving case average of 150,316 as of Friday.

In Kentucky, 68% of people aged 12 and older have received at least one dose of the COVID-19 vaccine and 58% are fully vaccinated, while 72.9% of the eligible population nationwide has begun their vaccine regimen and 62% have completed it, according to the CDC.

In order to ensure vaccines maintain their effectiveness against Delta and other variants, the Biden administration has announced plans to provide booster shots to people who are eight months beyond their final vaccine shot by Sept. 20, but Dr. Anthony Fauci on Sunday said both vaccines may not be ready in time.

Fauci, director of the National Institute of Allergy and Infectious Diseases, told CBS’ News “Face the Nation” on Sunday that Pfizer appears to be on track to have data prepared for the Sept. 20 rollout, but Moderna may not, setting up the possibility of making the boosters available sequentially.

“We were hoping that we would get both the candidates, both products, Moderna and Pfizer rolled out by the week of the 20th. It is conceivable that we will only have one of them out, but the other will likely follow soon thereafter,” Fauci said.

The notion of providing boosters has faced pushback from the World Health Organization, U.S. and international health experts as well as top officials within the Food and Drug Administration, primarily citing a lack of data to prove the boost in efficacy is needed and arguing instead the shots should be distributed elsewhere throughout the world to prevent the emergence of new variants.

Both Fauci and White House Chief of Staff Ron Klain on Sunday stressed that no one would receive booster shots until they have been approved by the FDA.

Klain told CNN’s “State of the Union” that Sept. 20 was the date administration officials projected the FDA would clear the boosters and the announcement was made to allow Americans to prepare for the possibility.

“The most important thing we can do here at the White House, what our COVID response team can do is to make sure that we have bought the boosters and we have a distribution plan, so that, as soon as the regulators, the scientists say, good to go, here’s who needs them, here’s what’s approved, they will be available, probably the very same day that approval gets given,” Klain said.

Fauci also said that while studies are being conducted as to whether people can “mix and match” vaccines and boosters it is likely boosters will be limited to the same brand as the initial regimen when they roll out.

“Right now we are suggesting hopefully it will work out that way, that if you got Pfizer, you will then boost with Pfizer. If you got Moderna, you’ll be boosting with Moderna,” Fauci said. “But we are doing the studies to determine if we can do just that. Switch one with the other.” 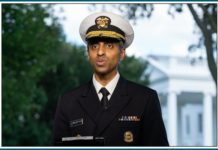