July 2 (UPI) — The administration of Kentucky Gov. Matt Bevin has halted vision and dental benefits for Medicaid recipients after a federal court struck down its plan to mandate work for those who get benefits.

The Kentucky Cabinet for Health and Family Services posted online Sunday that the judge’s ruling invalidated the state’s “My Rewards Account” program, which pays for vision and dental benefits for about 460,000 people. Medical benefits under the program were unaffected.

In January, Kentucky became the first state to force Medicaid recipients to hold jobs or other employment activities for 80 hours each month after the Trump administration began allowing the requirements.

On Friday, U.S. District Judge James E. Boasberg said the Trump administration failed to consider whether the changes in Kentucky’s laws would help the state furnish assistance to citizens. The judge said the administration’s decision to allow Kentucky to institute the requirements was “arbitrary and capricious.”

“We are concerned about rash decisions made in response to the court ruling,” she said in a statement. “We call for thoughtful discussions involving the administration and the many statewide stakeholders in the path forward in assuring Kentucky’s working families have healthcare.”

The work requirement applied to working-age adults who are able-bodied, and not pregnant, medically frail, full-time students or primary caregivers.

Three public-interest legal organizations sued the U.S. Department of Health and Human Services on behalf of 15 Kentucky residents who were Medicaid beneficiaries. The lawsuit accused the HHS of violating the purpose of the federal program. It also charged that federal and state officials deliberately took actions to reduce access to the federal health plan for the poor.

Bevin’s administration said it planned to work with the Centers for Medicare and Medicaid Services on the plan.

“While we disagree with the court’s ruling … we look forward to working with CMS to quickly resolve the single issue raised by the court so that we can move forward with Kentucky Health,” Adam Meier, secretary of the Cabinet for Health and Family Services, said in a statement.

Friday’s ruling could influence other states with federal approval to require low-income residents to work or volunteer to receive Medicaid, including Arkansas and Indiana. 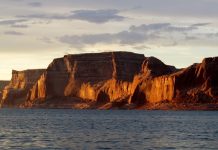 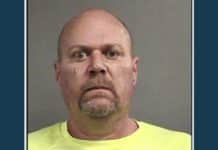