Feb. 18 (UPI) — The National Weather Service’s Key West radar Monday captured nocturnal migration of birds stretching over the island with a radius of at least 90 miles.

The nocturnal migration was detected around midnight.

“Key West radar has had a busy night, but not because of weather!” the NWS Key West tweeted early Monday morning. “The most impressive display of migratory birds so far this year occurred overnight.”

Migration of birds is typical around this time of year when more than 118 species of birds start returning to North America after spending the winter in Central and South America or the Caribbean.

Hundreds of thousands to millions of birds can migrate across North America in packs, mostly at night when the stars and the moon aid navigation, according to the National Audobon Society, and the migration is usually largely unseen.

However, atmospheric conditions Monday allowed radar a rare chance to pick up the phenomenon.

“There was kind of a stable layer of air above us that was deflecting the radar beam closer to the surface,” Key West forecaster Kate Lenninger said. “So, we were able to pick up more low level objects.”

? Key West radar has had a busy night, but not because of weather! The most impressive display of migratory birds so far this year occurred overnight. This product shows biological targets in green/yellow flying north over the Keys. Showers/rain are depicted in darker blues. ? pic.twitter.com/V2PJfucxJA 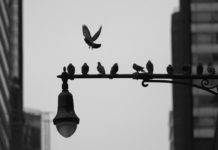 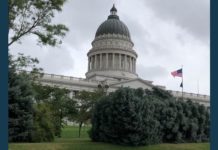 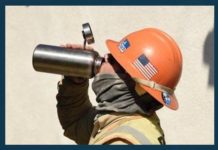