The North’s state-run media KCNA reported Saturday that the leader had visited Mount Paektu, the legendary origin of the Korean nation, which the regime has used to legitimize the Kim family’s rule.

The report said in English that the hike had prompted Kim to recall “emotion-charged days when he realized the great historic cause of completing the state nuclear force without yielding even a moment.”

A number of observers in the South believe the rare visit may precede a momentous decision, citing how the young leader had clambered up the mountain before deciding to execute his uncle Jang Sung Taek.

“It’s unlikely that Kim went up the so-called sacred mountain for fresh air. He is likely to have considered how he will formulate external policies after having declared the regime a nuclear state,” a Seoul-based source told Dong-A Ilbo.

Some have suggested the regime may shift its external policy to seek dialogue with the United States, after declaring itself a nuclear state with its Hwasong-15 ICBM launch on Nov. 29.

“Resorting to further provocations could be difficult for North Korea since further nuclear tests at the Punggyeri site have become impossible due to safety concerns and there is growing talk in the U.S. Congress of a pre-emptive strike,” a former diplomat told Chosun Ilbo.

However, other analysts believe these speculations are merely guesswork, noting how Kim visited a symbolic palace after the Hwasong-14 missile launch on July 4.

“So this visit to Mount Paektu could also be a celebratory one for the successful launch of the Hwasong-15 missile on Nov. 29,” Yang Mu Jin, professor of North-South Relations at the University of North Korea Studies, told JoongAng Ilbo.

If major policy decisions are made, experts believe they will be highlighted in Kim’s New Year’s speech next month. 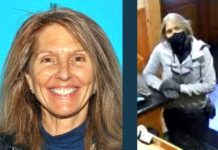