“She’s doing well, and will be retested to ensure the diagnosis is correct since she’s asymptomatic,” Gor said in a statement. “But as a precaution will cancel all upcoming events. Donald Trump Jr. was tested negative, but as a precaution is also self isolating and is canceling all public events.”

Guilfoyle, a top fundraising official for the Trump campaign, traveled to South Dakota with Trump, Jr. , but not aboard Air Force One, a person familiar with her condition told The New York Times.

She is the third person in close proximity to Trump who has tested positive for the novel coronavirus. A personal valet and the press secretary for Vice President Mike Pence tested positive in May.

Former Republican presidential candidate Herman Cain, who was also at the Tulsa rally, also tested positive for COVID-19. A representative said Thursday that Cain was hospitalized in Atlanta after being diagnosed. A statement posted to Cain’s Twitter account Thursday said that he “did not require a a respirator, and he is awake and alert.”

Six people involved in preparing for Trump’s Tulsa rally tested COVID-19 positive ahead of the event, including some Secret Service members, and were quarantined.

The president, vice president and people in contact with them are screened routinely for the virus. 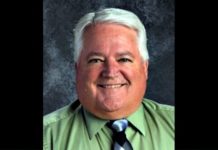 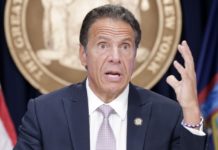