ISTANBUL, Turkey, Dec. 11 (UPI) — An offshoot of the Kurdistan Workers’ Party claimed responsibility Sunday for a pair of explosions that killed 38 people and wounded 155 others in Istanbul.

The Kurdistan Freedom Hawks, or TAK, posted a statement on the group’s official website Sunday claiming responsibility for the twin blasts Saturday night following a soccer game in Istanbul.

TAK, an offshoot of the Kurdistan Workers’ Party, or PKK, said the bombings were a response to violence in Turkey’s southeast and the imprisonment of PKK leader Abdullah Ocalan.

He said a suicide bomber caused a second explosion at Macka Park, less than a mile away, shortly after the initial blast.

Soylu said 38 people, mostly police officers, were killed in the twin blasts, while 155 others were wounded.

The minister said 13 people were arrested in connection with the attack.

“The evidence so far points to the PKK, the ministry has some of the information on framework about how it was planned and organized but for the sake of the investigation please forgive that I won’t share any details,” CNN quoted Soylu as saying.

“No one should have any doubt about our fight against terrorism,” Erdogan told reporters Sunday outside of an Istanbul hospital where he visited with some of the wounded. 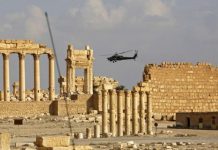 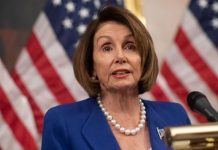 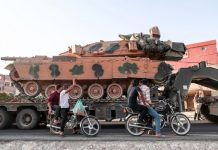