June 4 (UPI) — The Labor Department said in its weekly report Thursday another 1.9 million American workers have filed for unemployment.

Analysts had projected about 1.8 million new claims. The new figure is a decrease of 249,000.

Last week’s report showed a sharp decline of continuing claims, indicating that the domestic economy has been rebounding from the historic job losses since the start of the coronavirus health crisis. Economists expected another decline in ongoing claims this week of about 1 million.

Thursday’s report came a day before the department releases its monthly jobs report for May. ADP and Moody’s Analytics reported Wednesday that U.S. companies cut 2.7 million jobs in May, far less than most analysts are predicting in Friday’s federal report.

Another factor in forthcoming job losses may be the national unrest over the police killing of George Floyd in Minnesota. Cities nationwide have seen widespread looting and vandalism as part of the outcry, which will likely impact U.S. employment. 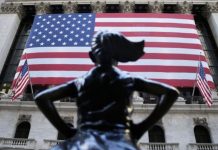 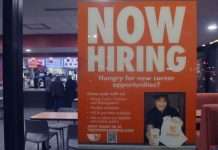