March 13 (UPI) — Nearly 50 people were killed this weekend after a landslide occurred at a landfill in Ethiopia, authorities said.

The slide occurred late Saturday at the Koshe waste dump on the outskirts of the capital, Addis Ababa.

“It’s a sad story, because the government has been trying to resettle the people residing in the area,” the country’s communications minister, Negeri Lencho, said.

According to Lencho, the landfill was the site of a new facility that was designed to transform garbage into electricity, CNN reported.

Officials said about 150 people were present at the large landfill when the slide happened. In addition to at least 48 dead, dozens remained missing on Sunday.

Authorities said the death toll could rise. It’s also believed that children are among the dead.

So many people were located near the landfill before the slide because the large dump is the site of a number of makeshift homes in the poverty-stricken African nation.

The mayor of Addis Ababa noted that more than three dozen people were rescued and received medical treatment. 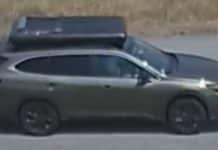