May 7 (UPI) — Lawmakers on Wednesday rebuked airline executives for poor treatment of customers and employees as they have received billions of dollars in federal coronavirus relief.

The Senate commerce science and transportation committee on aviation oversight questioned executives about issuing travel credits instead of refunds to travelers who cancel their trips, charging fees to keep the middle seat open on flights and cutting workers’ hours.

Sen. Richard Blumenthal, D-Conn., said customers “feel betrayed” that airlines are not offering refunds in all cases despite the industry receiving $50 billion worth of grants in the $2 trillion Coronavirus Aid, Relief and Emergency Services Act signed in March including $25 billion for payroll and an additional $25 billion for other expenses.

“When you come to us and ask for more assistance, my mind goes back to the bailout we’ve just given you,” said Blumenthal. “More than $25 billion in taxpayer money and now in effect you are continuing to mislead and deceive those taxpayers who have given you that bailout. In effect, you are — forgive me — screwing the very taxpayers whose money is going into your pocket.”

Nicholas Calio, head of trade and lobbying group Airlines for America, said his members are complying with current regulations that dictate passengers who cancel their own flights can receive a flight voucher while airlines that cancel flights are obligated to offer a cash refund.

He also said it “ought to be clear” to some passengers receiving vouchers that they are entitled to a refund.

Calio added he did not appear before Congress to ask for more funds but said that airlines face “two bad choices.”

“You can insist that everyone gets a refund who canceled the flight themselves instead of a voucher,” Calico said. “Or you can drive the companies towards bankruptcy, which would happen very quickly at the rate things are going.”

Sen. Amy Klobuchar, D-Minn., and other lawmakers criticized Frontier Airlines’ announcement last week that it would charge $39 per passenger per flight to leave an empty seat on flights, questioning whether a rule could be put in place barring such fees.

Sen. Maria Cantwell, D-Wash., said she was concerned by airlines cutting employee hours despite receiving federal funding for payroll support and praised United for recently saying it would ask employees to volunteer to reduce their working hours before making involuntary cuts.

“United backing off what it was trying to do with forced hour reduction is right,” said Cantwell. “I hope JetBlue and Delta are going to do the right thing.” 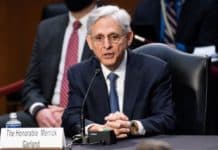