MEXICO CITY, Feb. 27 (UPI) — Joaquin “El Chapo” Guzman, a Mexican drug lord who escaped twice maximum security prisons, is willing to plead guilty and do time in the United States in exchange for placement in a medium security prison, his attorney said.

Guzman’s attorney, Jose Refugio Rodriguez, said his client aims to negotiate an “unelevated” sentence as well due to alleged “physical and mental torture” sustained in custody at Altiplano Federal Prison in Mexico.

The two discussed the idea during a meeting on Feb. 15, Rodriguez told reporters.

“He told me, literally, ‘Every two hours, at night, they wake me up to take roll,” “They are turning me into a zombie. They do not let me sleep. All I want is just for them to let me sleep.”

“Of course I am afraid for his life,” the former beauty queen said last week.

“They want to make him pay for his escape. They say that they are not punishing him. Of course they are. They are there with him, watching him in his cell. They don’t let him sleep. He has no privacy, not even to go to the restroom.”

Altilano Federal Prison director Salvador Almonte Solis rejected torture allegations presented by Guzman. In a letter to a judge, Almonte Solis assured Guzman’s life is not at risk, accusing the drug lord of victimizing himself while causing instability in the prison.

“This authority has never inflicted severe pain or suffering that translate into acts of torture against the accused. It is completely false and lacking proof, the claims he makes. Therefore there is no reason to suppose that his life, integrity or health is in danger,” the prison director wrote.

“The truth is that his human rights are unreservedly respected.” 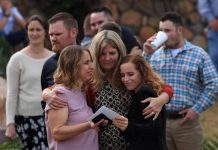 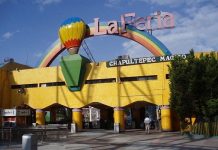 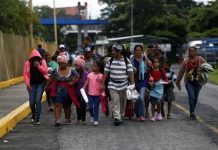