Feb. 14 (UPI) — A federal jury in New York convicted attorney Michael Avenatti on charges he attempted to extort more than $20 million from Nike.

Prosecutors accused the former attorney of Stormy Daniels of threatening to release damaging information about the company if it didn’t pay $1.5 million to a client who had the information. He also said Nike must retain him and another person for between $15 million and $25 million to conduct an internal investigation.

Police arrested Avenatti, 48, in March hours after he tweeted about a news conference he planned to hold to release the damaging information.

Amateur basketball coach Gary Franklin hired Avenatti to represent him, making allegations that Nike asked him to make secret cash payments to the families of good players, a violation of NCAA rules. He said he wanted to stop the alleged payments and corruption.

Avenatti faces two other trials, one in Manhattan in which Daniels accused him of stealing $300,000 from her. He pleaded not guilty to the charges.

In another case, in Los Angeles, a federal grand jury indicted him on 36 counts of fraud, perjury, failure to pay taxes, embezzlement and other financial crimes for allegedly stealing millions from five clients through a group of shell companies and bank accounts. 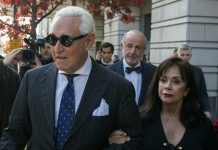 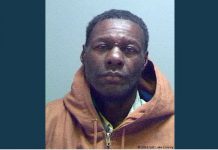 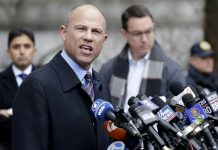