A court document filed Thursday says Manafort is kept in solitary confinement 23 hours per day, excluding visits from his attorneys, at a facility about two hours from his legal team while he awaits his July 25 trial.

Manafort, 69, faces charges in both Alexandria, Va., and Washington D.C., of obscuring his work for pro-Russian Ukrainian politician Viktor Yanukovych‘s Party of Regions. He has pleaded not guilty in both cases, arguing they fall outside of special counsel Robert Mueller‘s jurisdiction.

Manafort was on house arrest from October to June 15, when a federal judge revoked his bail and sent him to jail pending his trial, citing new obstruction charges that include witness tampering.

U.S. Marshals have “determined that if Mr. Manafort is to be detained, solitary confinement is the only way to ensure his security,” the court document said.

Manafort’s lawyers are appealing the revocation, arguing being in a jail two hours from his attorneys’ office “makes it effectively impossible for Mr. Manafort to prepare” for the two upcoming federal criminal trials.

Assistant special counsel Scott Meisler fired back with a filing Thursday that said the appeal notion should be denied, as Manafort’s actions were “committed through covert corrupt persuasion” and his sentence terms “are common to defendants incarcerated pending trial.” 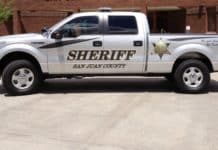