Dec. 3 (UPI) — The parents of 628 migrant children separated at the U.S.-Mexico border remain missing, according to court filings Wednesday.

The filing from the Justice Department and the American Civil Liberties Union is part of an ongoing effort by court-appointed lawyers to locate the parents of children who were separated from one another at the U.S.-southern border during and prior to the Trump administration’s “zero tolerance” immigration policy.

A filing in early October initially reported that the committee of lawyers were unable to find the parents of 545 children and a report in early November raised that total to 666, but the filing Wednesday said that the parents of 38 of those children had since been found.

In addition to locating some of the parents, the filing stated that Justice Department data from the Executive Office of Immigration Review including phone numbers that had not previously been known “among other things” had been released to the lawyers last week.

“We hope we can find a significant number of parents and children through this information. But make no mistake about it: Not only has the Trump administration not been helping us, but it’s now clear they failed to disclose information in their possession,” said Lee Gelernt, deputy director of the ACLU Immigrants’ Rights Project.

The Trump administration in 2018 instituted the “zero tolerance” policy that separated migrant children and their parents at the U.S.-Mexico border and later said it began separating families in 2017 under a pilot program.

Gelernt said lawyers had long sought the information from the Trump administration but suggested the comments at the debate helped spur their release.

“We’ve been asking them for any additional information they have forever and we only finally got this information after outcry that parents could not be found and the issue reached the presidential debate level. This information we should’ve gotten a year ago, at least a year ago,” Gelernt said.

In early October, the ACLU also filed a lawsuit suing the Trump administration seeking damages for immigrant families who suffered under its family separation policy. 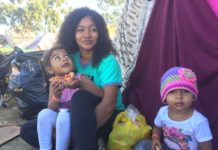 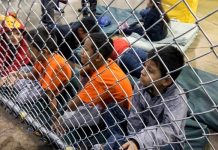