Oct. 21 (UPI) — Lawyers have been unable to contact the parents of 545 migrant children who were separated from their families by U.S. border officials, according to a court filing released Tuesday.

The filing by the Justice Department and the American Civil Liberties Union details the efforts of a court-appointed “Steering Committee” to locate the families of 1,030 children separated from their parents in 2017 and 2018.

Approximately two-thirds of the parents of the 545 children are believed to have been deported to their respective countries of origin, according to the filing.

“For all of these families, the Steering Committee’s prior telephonic outreach attempts have not been successful in reaching the parent and as further telephonic outreach attempts are not expected to result in successful contact with the separated parent, the Steering Committee has commenced or intends to commence additional efforts to locate the separated parent,” the filing states.

The Steering Committee said its efforts to locate separated parents “have been hampered” due to the COVID-19 pandemic, but limited on-the-ground efforts to find parents have since re-commenced.

The Trump administration in 2018 instituted a “zero tolerance” policy on immigration that separated migrant children and their parents at the U.S.-Mexico border and later said it began separating families in 2017 under a pilot program.

Lee Gelernt, deputy director of the ACLU Immigrants’ Rights Project, told NBC News that much work remains to be done to locate the families.

“It is critical to find out as much as possible about who was responsible for this horrific practice while not losing sight of the fact that hundreds of families have still not been found and remain separated,” Gelernt said. 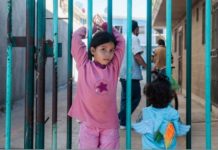 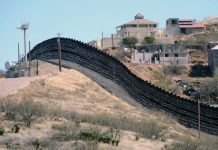