NEW HAVEN, Conn., Nov. 9 (UPI) — As the president of the University of Missouri resigned in the face of growing racial tension Monday, some students at Yale continued leveling criticisms at the Ivy League institution over what they view as apathy by the college toward similar matters of race.

Timothy M. Wolfe, the University of Missouri system’s president, stepped down Monday following several days of mounting pressure over multiple alleged incidents of racism on the Columbia campus. In New Haven, some students are complaining the same type of thing is happening.

The controversy centers on three main factors — an email and two Facebook posts.

The email, from lecturer and Yale associate master Erika Christakis, was a response to a prior message in which the school’s Intercultural Affairs Council cautioned students against wearing insensitive or hateful costumes for Halloween.

Christakis’ email upset some because, in their view, she diminished the potential harm that could be inflicted by racist costumes.

“Is there no room anymore for a child or young person to be a little bit obnoxious… a little bit inappropriate or provocative or, yes, offensive?” Christakis wrote in the email. “If you don’t like a costume someone is wearing, look away, or tell them you are offended.”

The issue was then further aggravated by a response from Foundation for Individual Rights in Education President Greg Lukianoff during a free speech conference on campus.

“Looking at the reaction to Erika Christakis’ email, you would have thought someone wiped out an entire Indian village,” he said, according to a witness — upsetting Native American advocates who say genocide is no joking matter.

Witnesses claimed that Lukianoff’s remark, which was cited on the “Overheard at Yale” Facebook page, was followed by at least some laughter in the crowd.

In response, about 100 students protested Monday — which resulted in at least one student being arrested.

A Facebook post accused one of the school’s fraternities of racial discrimination, citing a recent party that permitted “white girls only,” and alludes to other race-related incidents.

Yale University is reportedly investigating the fraternity cited in the Facebook post, which has already been suspended until next fall over sexual misconduct allegations. Critics, though, have said the university needs to take greater action to protect its students and ensure a safe environment — something university president Peter Salovey said is already happening.

“I met in Woodbridge Hall with about 50 students, primarily students of color, for four hours of listening. We heard deeply personal accounts from a number of students who are in great distress,” Salovey wrote. “The experiences they shared went beyond the incidents of the last few days. Their concerns and cries for help made clear that some students find life on our campus profoundly difficult. I have heard and I acknowledge the pain these students expressed.

“This conversation left me deeply troubled, and has caused me to realize that we must act to create at Yale greater inclusion, healing, mutual respect, and understanding.” 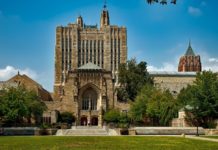 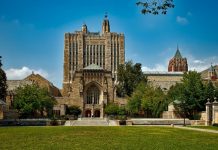