May 29 (UPI) — An original document signed by President Abraham Lincoln and the entire Union leadership is up for sale by a dealer specializing in historical items.

Raab Collection announced plans to sell the document for $150,000 starting on Memorial Day.

The document, believed to be the only item with signatures from Lincoln’s fellow military and political leaders as well as civilians, was sold during the Civil War to benefit The United States Sanitary Commission, a privately funded agency responsible for raising money to support sick and injured Union soldiers. The commission received no federal funding despite being part of the War Department and Medical Bureau.

The document was signed on June 13, 1861. It includes a hand-drawn image of a cannon and flags surrounded by an eagle and 34 stars representing all of the states, including the 11 Confederate states fighting the Union.

Other notable signatories include Gen. Robert Anderson, who led the Union Army in the first battle of the Civil War at Fort Sumter, and Lincoln’s secretary of state, William H. Seward.

Raab plans to donate $15,000 of the proceeds to the Fisher House Foundation, which supports homes for military veterans and their families to receive treatment and recover in the United States and Europe.

“It is nice to think that this document will play a role in helping wounded troops twice over the course of more than 150 years,” Nathan Raab, one of the principals of the collection, said to CNN. 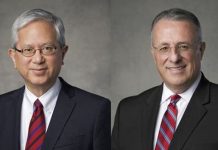 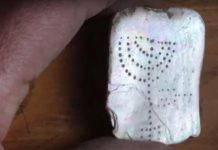