SAINT PAUL, Minn., Nov. 29 (UPI) — The solar system has a low-mass supernova to thank for its existence.

The formation of the solar system began 4.6 billion years ago with the gravitational collapse of a cloud of gas and dust. The collapse birthed proto-sun and protoplanetary disks, the evolution of which produced the sun and its surrounding planets.

Missing in the narrative is an explanation for the initial collapse. What triggered it?

Scientists have previously suggested the explosion of a dying star would have been strong enough to prompt the collapse of a cloud of gas and dust. However, the theory lacked hard evidence — until now.

In an effort to explain both the formation of the solar system and the abundance of specific nuclei decay products in the meteoritic record, scientists designed a computer model.

Researchers published their findings in the journal Nature Communications.

“The findings in this paper have opened up a whole new direction in our research,” Yong-Zhong Qian, an astrophysicist at the University of Minnesota, said in a news release. “In addition to explaining the abundance of Beryllium-10, this low-mass supernova model would also explain the short-lived nuclei Calcium-41, Palladium-107, and a few others found in meteorites.” 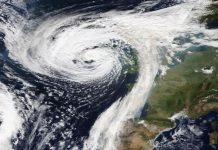 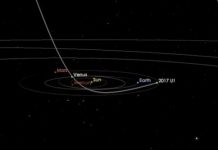 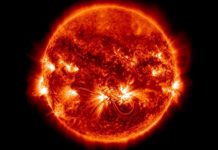