Home US/World News MacArthur Foundation hands out 21 ‘genius grants’
Facebook
Twitter
Pinterest
WhatsApp
Oct. 6 (UPI) — The MacArthur Foundation on Tuesday handed out so-called “genius grants” to 21 artists, scientists, writers and scholars.Each of the awardees receives a “no strings attached,” five-year grant of $625,000 to pursue work in their chosen fields. Started in 1981, the MacArthur fellowship is considered among the most prestigious prizes in the United States.

“In the midst of civil unrest, a global pandemic, natural disasters, and conflagrations, this group of 21 exceptionally creative individuals offers a moment for celebration,” said Cecilia Conrad, managing director of the MacArthur fellows.

“They are asking critical questions, developing innovative technologies and public policies, enriching our understanding of the human condition, and producing works of art that provoke and inspire us.”

This year’s recipients include the following “geniuses,” as described by the foundation:

— Paul Dauenhauer, 39, of Minneapolis, a chemical engineer developing new technologies for converting renewable, organic materials into chemicals used in products such as plastics, rubber, and detergents.

— Damien Fair, 44, of Minneapolis, a cognitive neuroscientist, devising maps of network connectivity in individual brains that advance our understanding of how distinct regions communicate and develop in both typical and atypical contexts.

— Catherine Coleman Flowers, 62, of Montgomery, Ala., an environmental health advocate bringing attention to failing water and waste sanitation infrastructure in rural areas and its role in perpetuating health and socioeconomic disparities.

— Mary L. Gray, 51, of Cambridge, Mass., an anthropologist and media scholar investigating the ways in which labor, identity, and human rights are transformed by the digital economy.

— Ralph Lemon, 68, of New York City, an artist generating interdisciplinary modes of artistic expression for stories, emotions, memories, and identities that traditional media do not accommodate.

— Polina V. Lishko, 46, of Berkeley, Calif., a cellular and developmental biologist examining the cellular processes that guide mammalian fertilization and opening new avenues for contraception and treatment of infertility.

— Thomas Wilson Mitchell, 55, of Fort Worth, Texas, a property law scholar reforming laws and developing policy solutions addressing mechanisms by which Black and other disadvantaged American families have been deprived of their land, homes, and real estate wealth.

— Natalia Molina, 49, of Los Angeles, an American historian revealing how narratives of racial difference that were constructed and applied to immigrant groups a century ago continue to shape national policy today.

— Monika Schleier-Smith, 37, of Stanford, Calif., an experimental physicist advancing our understanding of how many-particle quantum systems behave and connecting phenomena observed in the laboratory to a range of other areas of physics.

— Forrest Stuart, 38, of Stanford, Calif., a sociologist challenging long-held assumptions about the forces that shape urban poverty and violence and bringing to light the lived reality of those who experience it.

— Nanfu Wang, 34, of Monclair, N.J., a documentary filmmaker creating intimate character studies that examine the impact of authoritarian governance, corruption, and lack of accountability on the lives of individuals. 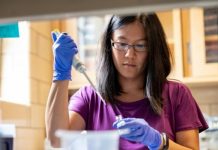 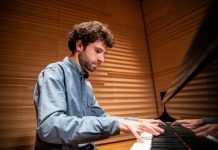