May 29 (UPI) — Novelist and billionaire MacKenzie Bezos has pledged to donate half of her wealth to charities.

Bezos announced her plans to join The Giving Pledge, an organization founded by Bill Gates, Melinda Gates and Warren Buffett that encourages billionaires to “publicly dedicate the majority of their wealth to philanthropy,” in a letter on the organization’s website.

“In addition to whatever assets life has nurtured me, I have a disproportionate amount of money to share,” Bezos wrote. “My approach to philanthropy will continue to be thoughtful. It will take time and effort and care. But I won’t wait. And I will keep at it until the safe is empty.”

Bezos received $35 billion in her divorce from Amazon founder Jeff Bezos in January.

“MacKenzie is going to be amazing and thoughtful and effective at philanthropy and I’m proud of her,” he wrote on Twitter. “Her letter is so beautiful. Go get ’em MacKenzie.”

While together, Bezos and her husband undertook a number of philanthropic efforts, including providing $2 billion to a fund called “Bezos Day One Fund” to support non-profits that assist homeless families and create a preschool network in low-income communities.

More than 200 billionaires, including Mark Zuckerberg and his wife Priscilla Chan, Richard and Joan Branson, and the late Paul G. Allen, joined The Giving Pledge, according to the organization’s website. 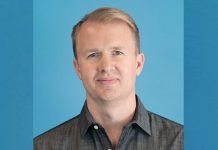