May 3 (UPI) — Both houses of Maine’s legislatures voted on Wednesday to override the governor’s veto of a recreational marijuana bill.

The votes were 109 to 39 in the House and 28 to 6 in the Senate to overturn the veto of Republican Gov. Paul LePage. A two-third majority was required in each legislative chamber.

LePage objected to the legislation on grounds that marijuana possession remains a federal crime, and that he opposed two tiers — medical and recreational — of governing regulations. Nine states and the District of Columbia have legalized recreational marijuana use, and while LePage said each has seen an increase in traffic crashes, he offered no evidence to back his assertion.

The brief debate prior to the House and Senate votes centered on the social issues surrounding marijuana use. Republican Sen. Scott Cyrway, a former drug abuse educator, said legalizing the possession and use of recreational marijuana would put children at risk for future drug problems. Opponents of the bill were outnumbered by supporters who noted the restrictive elements included in the legislation.

The rules in the bill are more restrictive than those approved by voters in 2016. It does not allow marijuana-oriented social clubs, indicating that adults buying marijuana must consume it on private property. It reduces the number of marijuana plants that residents can grow on their own property from six to three. The bill also puts no cap on the amount of marijuana that can be grown by licensed sellers, which some entrepreneurs said would drive down prices and leave the market only to those with out-of-state funding. Under the new law, business licenses will be sold, in the first three years, only to Maine taxpayers. 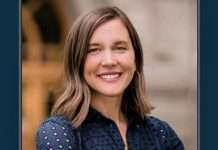