Sept. 4 (UPI) — The government of Tajikistan, where 90 percent of the population identifies as Muslim, passed a law last week that discourages religious clothing, furthering a crackdown on religion by secular leaders.

Although the new law doesn’t specifically mention the hijab or other articles of Islamic dress, it urges Tajiks to “stick to traditional and national clothes” and suggests that women wear their hair uncovered.

Tajikistan’s Minister of Culture, Shamsiddin Orumbekzoda, told Radio Free Europe that urging women not to wear a hijab is about safety.

“It’s really dangerous,”he said. “Everyone looks at them with concern, worried that they could be hiding something under their hijab.”

But not everyone agrees with the law, including human rights activist Oinikol Bobonazarova, who said it is an affront against women’s rights.

“I have to decide for myself what to wear,” she said. “No one has the right to tell me, ‘you have to wear this.'”

According to the Times of India, the law doesn’t impose any penalties or fines at the moment, but some worry that this could be introduced at a later time.

However, there are already restrictions in place for wearers of the hijab. In Tajikistan, women wearing the religious garment are prohibited from entering government buildings. And in August, officials in the capital city of Dushanbe ordered 8,000 women wearing the hijab to wear it in the Tajik stye.

Over the past few years, the Tajikistan government has increased its control on religious expression. According to a 2013 report by the U.S. Department of State, the government passed a law that limits when and where hijabs can be worn, and also imposed restrictions on religious gatherings.

“The law regulates private celebrations and funeral services, including weddings and Mavludi Payghambar (the Prophet Muhammad’s birthday),” the report stated. “The law limits the number of guests, eliminates engagement parties, and controls ceremonial gift presentations and other rituals.”

“Tajikistan is in the midst of the worst political and religious crackdown since the end of the country’s civil war, with hundreds of people landing behind bars for no other reason than their peaceful political work,” he said. 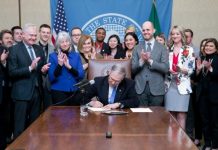 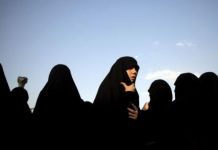 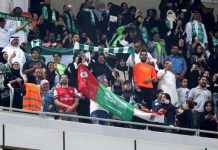