June 28 (UPI) — A charity ship carrying some 230 migrants docked Wednesday in Malta after six days at sea during which time EU leaders argued over the legality of the ship’s operations in the Mediterranean Sea.

The ship, the Lifeline, docked after eight EU countries each agreed to take in some of the migrants aboard the vessel. Upon their arrival, four people, including three babies, were transported to a hospital. The others went to a reception center in Marsa.

Mediterranean countries initially refused to accept the Lifeline after Italy and France accused the charity of flaunting international rules while rescuing fleeing migrants.

“This is clearly an issue where the captain of a vessel disobeyed international rules,” Maltese Prime Minister Joseph Muscat said.

The Lifeline and a fellow ship run by the same charity, the Seefuchs, were denied docking in Italy last week after the recent takeover of a populist government there. Italian Infrastructure Minister Danilo Toninelli said the ships had “illegally” flown the Dutch flag and unlawfully took in migrants rescued off the coast of Libya.

The Dutch delegation to the European Union said the ships were not registered in the Netherlands and not flying under its flag. Mission Lifeline, however, later posted an image on Twitter of a registration document it says proves the ships sail under the Dutch flag.

Malta said it had no obligation to assist the Lifeline but was doing so on humanitarian grounds. Malta, France, Ireland, Italy, Portugal, Luxembourg, Netherlands and Belgium each agreed to take in some of the migrants.

Lifeline spokesman Axel Steier said the crew stayed at sea because they didn’t want to return the migrants to Libya, where some said they were tortured and raped. 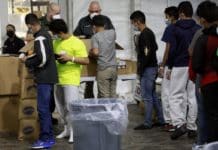 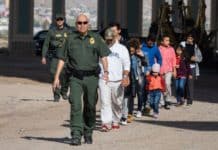