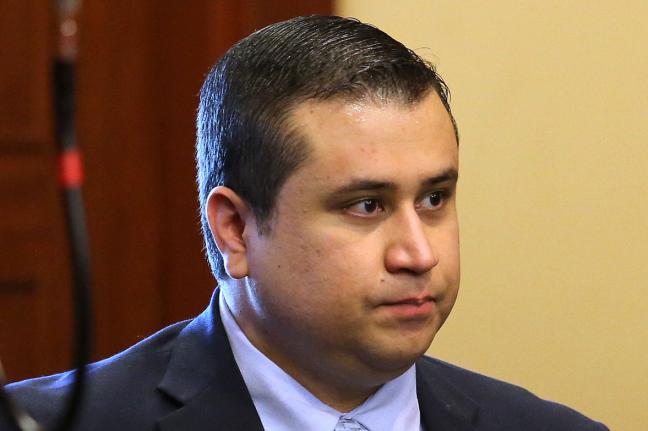 LAKE MARY, Fla., May 15 (UPI) — The man accused of taking a shot at George Zimmerman earlier this week has been arrested, authorities said Friday.
Matthew Apperson reportedly turned himself into Lake Mary, Fla., police on Friday, four days after he allegedly fired a gun at Zimmerman who was inside a vehicle at the time. Zimmerman was mildly injured by flying glass from a broken window.
[one_fourth]

The police report lists the offense as being aggravated assault with a deadly weapon without intent to kill.

Zimmerman has been in the public eye since February 2012, when he shot and killed 17-year-old Trayvon Martin while on the phone with a 911 dispatcher. Zimmerman had called 911 to report what he described as a suspicious presence in a gated Orlando community.

Martin’s death sparked national outrage among the black community, as the teen was unarmed and seemingly posed no threat to Zimmerman. The shooting was captured on an audio recording of a resident’s 911 call in the community — on which screams can be heard in the background. During Zimmerman’s 2013 trial, attorneys argued over whether the screams came from Zimmerman or Martin.

Zimmerman was acquitted of murder in July 2013 and subsequently moved from the area. Monday, he said he had returned to the area for Mother’s Day when the latest incident with Apperson occurred.

Apperson declined to press charges at the time, as he didn’t have a license plate number, corroborating witnesses or anything to conclusively tie Zimmerman to the road rage incident.

Apperson’s attorney said his client fired at Zimmerman Monday in self defense, because he had allegedly seen Zimmerman brandishing a handgun in his vehicle and feared for his safety. Zimmerman’s attorney said those allegations are inaccurate, as his client never brandished his weapon at any time, WFTV-TV reported.